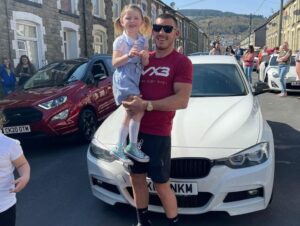 Liam Williams had a homecoming to remember as he touched down in Wales following his world title fight with Demetrius Andrade.

Williams (23-3-1, 18 KOs) gave an extremely brave effort but suffered a decision loss to Andrade (30-0, 18 KOs) as they clashed for the WBO middleweight title in Florida on Saturday.

While it may not have been the result that the Welshman wanted, his friends and family made sure to show him plenty of support upon his return, something which he was thrilled with.

Williams said: “It was an amazing homecoming. I didn’t get the result I wanted but this eased the pain. I don’t feel like I am going to take too much of a step back now.

“I believe Demetrius is probably the best of the champions other than probably Canelo. I have to give him credit. I know I gave him a bit of stick in the build-up but I have got nothing but respect for him – he’s quality.

“I know I’m tough. Everybody else knows I’m tough and I can take a good shot. When I went down I just thought at the end of the day I have taken a clean shot here, I’ve taken the best shot he’s got and it didn’t keep me down, so I have got nothing to fear.

“Demetrius is a very good fighter. He is better than I thought to be honest with you – he is more slippery than he appears on TV.

“I couldn’t really get going in terms of landing shots and getting my combinations off because I’d hit him once – I hurt him a couple of times I feel – but he was gone before I knew it and I couldn’t capitalise on it.”