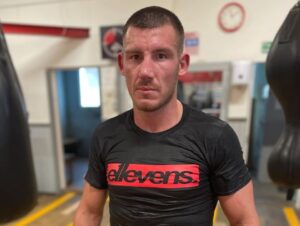 Liam Williams insists he will hurt Demetrius Andrade bad when the two met meet in their highly-anticipated world title fight later this year.

Welsh hero Williams will challenge undefeated Andrade for his WBO middleweight title after a deal was agreed between the two boxers on Tuesday.

The fight is expected to take place in the US in April, and Williams is already in an extremely confident mood.

Williams told IFL TV: “I’m excited and happy that it has finally been put over the line, and it is good times ahead. I’m looking forward to the fight, and all that matters to me is the fact I’m getting my shot.

“I’ve been quite vocal saying I’ll smash him, and I actually am going to, I’ve waited for this for too long now, I’m not going to let it slip through my fingers, I’ll grab the opportunity with both hands.

“I honestly feel I’ll knock Andrade out and hurt him bad. I’ve been asked a lot of times where is the ideal place to fight him, and I’ve always said in his hometown. He says everyone is avoiding him, but I’ve been calling him out for ages.

“He’s unbeaten, so for me to do a job on him and go to the other side of the world and do it, would be a big statement for myself.

“I thought he would vacate and do his own thing, but he’s been forced into this fight and I couldn’t ask for a better opponent to beat for a world title. I’ll be the new kid on the block.”