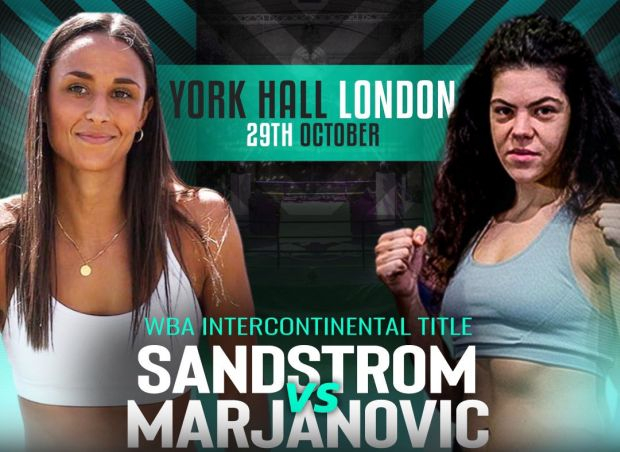 This past Friday, WBC Australasia and WBA Asia Champion Linn Sandstrom can now add WBA Intercontinental Champion to her list of titles after winning the belt on Saturday 29 October at York Hall, London.

Winning the WBA Intercontinental Title has solidified Linn as someone to take seriously on the draw card with a record of being determined and consistent. Of the 6 pro bouts she has competed in this year, Linn has won all 6 including 3 titles.

“We are super happy to have headlined at the famous York Hall in London. We got the win against a very tough, durable and experienced opponent. I want to thank my team, especially Tony Del Vecchio from Bondi Boxing Club. All my sponsors and my management team Golden Robot Global Management.” Linn says.

Linn Sandstrom didn’t just win her third title on Saturday but also helped premiere a new song from fellow Swede, Guernica Mancini, lead vocalist for Thundermother. The track, due out November 11 and titled ‘Inception,’ was premiered as Linn walked out to face her opponent, a fitting anthem that encapsulates power and pride.

“I loved the song and the fact that she is a fellow Swedish superstar made it all the more special for an already special night. ‘Inception’ was like it was made to be used to walk out to a fight like this,” says Linn.

Gurenica Mancini was of course watching the match, “I loved watching the event! I’m so happy for Linn and her win! I’m super proud of the fact that my music was part of this – this is the Inception of many great things to come for both of us and I’m very excited!”

As for the future, Linn is looking forward to “some time off after having 6 fights and 6 wins in 4 different countries this year,” before coming back rejuvenated and ready for a champion sized 2023.