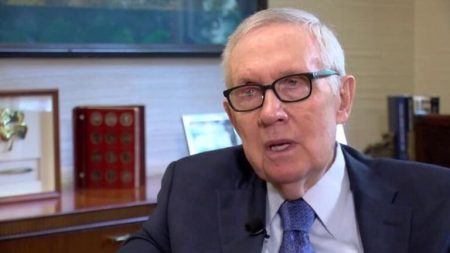 Former MGM Resorts President of Sports and former longtime CBS television sportscaster, Bob Halloran, has passed away at the age of 87.

Halloran began his sportscasting career upon his graduation in 1962 from the University of Miami, where he was a member of the golf team. He became a sportscaster for the local Miami CBS television affiliate and eight years later in 1970, CBS Sports hired him as a national television correspondent, where he covered many of sports top events including major boxing and golf events.

His sports career turned from covering major events to staging major events as he moved to Las Vegas to become Vice President of Sports for Caesar’s World in 1978, where he put together some of the greatest boxing events in history featuring Muhammad Ali, Marvin Hagler, Sugar Ray Leonard, Roberto Duran, Thomas Hearns and others.

In 1988, Halloran moved over to Mirage Resorts as Vice-President of Sports and in 1990 was promoted to President of Sports. In 2002, the late CEO Terri Lanni appointed Halloran as Director of Sports for MGM Mirage. Halloran continued to stage some of boxing’s most memorable heavyweight and middleweight fights featuring Oscar De La Hoya, Floyd Mayweather, Manny Pacquiao and others.

Halloran left the MGM Mirage in 2012 and continued to work as a sports consultant. He was inducted into Florida’s Boxing Hall of Fame in 2012.

He was a creator of one of the most popular televised golf events, the SKINS GAME. He also played a major role in the in the establishment of Las Vegas as a major destination for sporting events, as well as being a mentor and friend to many in the world of sports and beyond.

Halloran, who was born in New Bedford, MA on April 19, 1934, was preceded in death by his wife Sandra in 2020. No funeral or memorial service is immediately planned. In lieu of flowers, the family requests those who wish to express their sympathy to consider a donation to their favorite charity.