Lucas Browne is Up For Tyson Fury Fight on December 5th 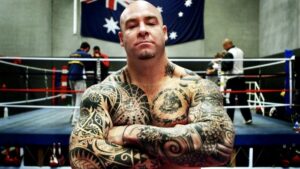 Two days ago, we broke down the WBC top 15 fighters to clarify who would be next to face Tyson Fury who is said to be fighting on December 5th with the Deontay Wilder 2nd rematch seemingly off (the article can be viewed > here < and is worth a read). Fury’s team is said that he would be fighting one of the WBC’s top 15 heavyweights.

In the article, we mentioned names of other fighters that were high possibilities but not in the WBC top 15….Lucas “Big Daddy” Brown being one of them.

Browne (29-2, 25 KO’s) and the former WBA heavyweight champion (stripped after due to a positive drugs test) has put his hand up as a possible opponent (as predicted).

Browne said on Twitter: “Woke up this morning to the awesome news that Tyson Fury is possibly looking at myself as the number one candidate for a fight in December. The Fury and Wilder fight is no longer happening and he wants some kind of warm-up fight for the Joshua fight.

“Now, if that is me, I’d be more than willing to jump in, it would be an absolute honor to jump in the ring with the Gypsy King, who I believe is one of the best heavyweights on the planet at the moment. In saying that, wouldn’t it be awesome for me to knock him out and have all these fans hate me at the same time. That’s something I’d love to happen.

“As I said, it would be an absolute honor to share the ring with him, I would be going in there to knock him out, that would be the plan. I could be losing 11 rounds and still knock you out with one punch in the 12th and that’s why I am always going to be dangerous no matter what.”

As the opponent, he makes sense. An ex champ (though briefly), low risk/high reward (which is what is needed as to not ruin the proposed Fury vs Anthony Joshua 2021 super-fight) and has fought multiple times in the UK which helps marketing the fight that much easier (though losing to Dillian Whyte and Dave Allen by KO).

I’m sure an announcement will be made shortly as to who it will be.