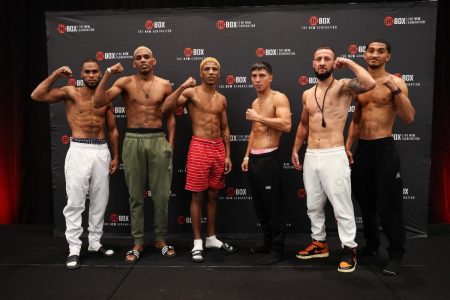 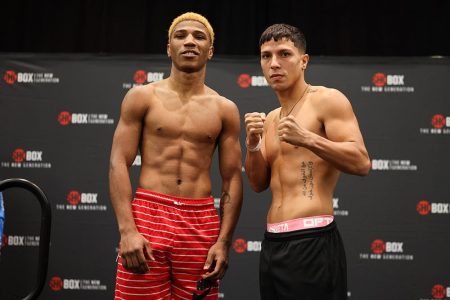 Tickets: To purchase tickets for “The Rumble at Caribe Royale” visit the TICKET LINK on their OFFICIAL SITE. Tickets (you must be 18+) start at $45 for a General Admission seat. VIP Ringside (first row) Seats are available for $150. VIP Ringside Tables are also available for $1,500.00, which includes 10 Seats, Bottle of Champagne and Appetizers with Tableside Cocktail Service Available.

The six fighters appearing in televised bouts boast a combined record of 80-0 and 57 knockouts, which marks the first time ShoBox has featured a tripleheader in which all six fighters enter fight night without a loss in the 20-plus year history of the prospect series.

Several local and international prospects highlight the undercard, including one of the hardest punchers in all of boxing, Ali Izmailov (6-0, 4 KOs) of Malgobek, Russia, taking on the always tough transplanted Panamanian Israel Duffus (20-7, 17 KOs) in an eight-round light heavyweight battle.

“The Rumble at Caribe Royale” is promoted by Sampson Boxing.