Luke Campbell: “I Put a Big Dent in Lomachenko” 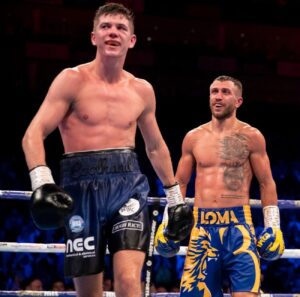 “I Put a Big Dent in Lomachenko”

“Firstly, I was happy for Lopez and his team,” Campbell told Sky Sports. “I’m glad he got the win.

“He was moving around and throwing feints, but he wasn’t throwing anything, and Lopez had the range to do what he wanted, but like I say, hats off to Lopez he did a great job staying focused in there and switched on, and getting the win. I think [Lopez] is a great guy, him and his Dad. We’ve shared rounds together, got mutual respect for each other, so I was happy he go it. Got to take care of business first and then I can move on to these guys.”

Floyd Mayweather To Come Back in 2021 – It May Be an Exhibition? Tyson Fury Return Likely February or March 2021