Manuel Charr vs. Trevor Bryan Supposedly Still on Despite Issues 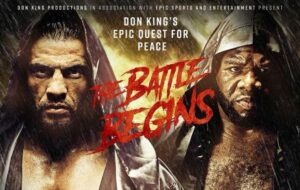 Despite multiple issues, the Manuel Charr vs. Trevor Bryan WBA heavyweight championship bout is supposedly still on for January 29th at the Seminole Hard Rock Hotel and Casino in Hollywood.

The January 29th deadline was given from the WBA to defending champion Charr.

Manuel Charr has plenty to say about the lead up: “What a mean, nasty game by Don King. Research has shown that the specified venue in Florida on January 29, 2021, was neither booked nor confirmed by Don King. The fight was announced in BoxRec, but the alleged venue has not been confirmed.

“You don’t want to fight me. Don King tries to force me to sign with him, which I definitely won’t do! I have a boxing promoter myself: Erol Ceylan. We have already put our lawyers on all points. Don King won’t get away like this!!!

“No matter what happens: I’m 200% fit and ready to fight. The title stays with us in Germany.
I filled out all of the WBA’s forms, adhered to the legal guidelines and signed all of the WBA’s contracts several times. I also signed the DKP contract under protest!

“The game with Don King has been going on for 2 years. We boxers are neither promoters nor organizers. I would like to defend my title every three months! It’s all up to Don King that I haven’t been able to fight for 2 years. Allah is the greatest he will give me the power and passion!! I will be ready for you and every challenge #allahuakbar”