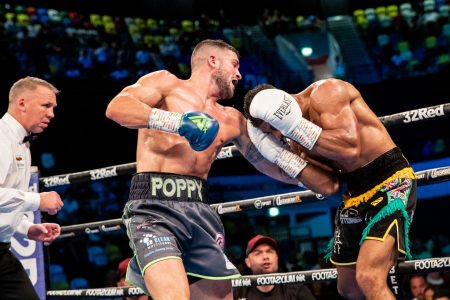 Halesowen’s Lennox Clarke suffered defeat at the hands of Mark Heffron at the Copperbox in London on Saturday night.

The 31 year-old was stopped, somewhat prematurely, in the fifth round to lose for only the second time in a 23-fight professional career.

Clarke was making a maiden defence of his British and Commonwealth Super Middleweight Titles with the vacant IBF Inter-Continental Title also on the line on this Frank Warren promoted show.

His last outing was back in March 2021 when he upset the bookmakers by stopping highly touted Willy Hutchinson to pick up his two straps.

Heffron started well and looked to have hurt Clarke as he led off a solid jab that landed every time it was thrown.

Credit to Clarke though who bit down on his gumshield and saw out the round but Heffron was buoyed by his positive start.

Clarke did have some success as the fight progressed but Heffron’s jab was landing consistently as the challenger mixed his shots well before forcing the stoppage in the fifth round.

Heffron caught Clarke on unsteady legs before Clarke stabilised, tucked up and there back. Heffron then landed a quick one-two which Clarke seemed to take but referee Bob Williams waved the contest off much to the frustration to Clarke and his corner.

Credit to both men in what was fan friendly TV fight that fight fans would love to see again. 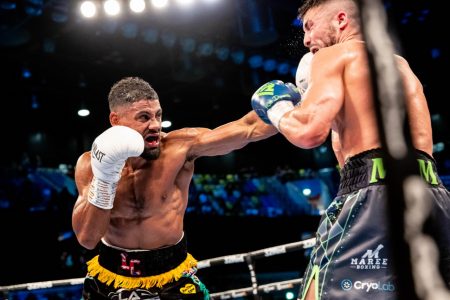 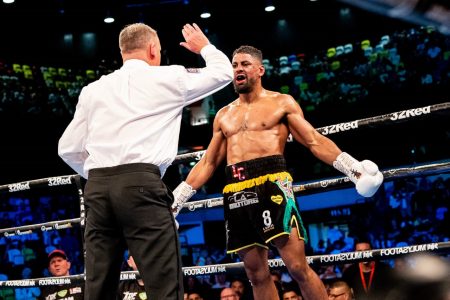 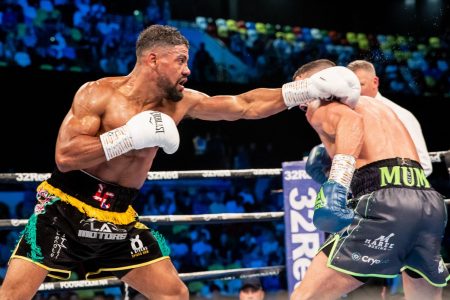