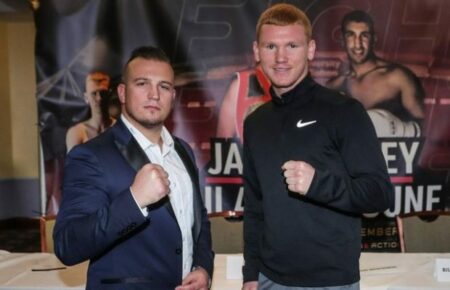 Mark Jeffers is predicting an aggressive performance from Michel Garcia when they meet for the World Boxing Organisation (WBO) Global Super-middleweight Title on November 26, and says that will suit him – and the fans – down to the ground.

The Chorley fighter meets Garcia (both pictured) as chief support to Jack Massey’s IBO World Cruiserweight Title tilt with Bilal Laggoune at Bolton White’s Hotel, with all the action broadcast live by Fightzone.

Jeffers has done everything right so far since turning pro in 2016 and – at just 23 – many are predicting the fledgling fighter has the ability to go all the way to the top. Trained by former world title challenger, Michael Jennings, the Central Area Champion is unbeaten at 13-0, with four KOs, and has looked impressive in getting to that ‘bakers dozen’ of wins.

Garcia is sure to test Jeffers ‘top prospect’ credentials though. The Belgian has more experience, having lost just once in 17 contests, with that single defeat coming early in his career. At 33, Michel undoubtedly has his ‘man strength’ and being the shorter fighter will look to maraud forward and get inside on his younger opponent.  If that is the case, the Brit says an early night could be on the cards.

“I’ve seen very little of him, just a round or two. I just focus on what I’m going to do,” explained Mark. “He’s a fair bit shorter than me though and won’t be keeping it long, so I expect him to come forward and let the shots go.

“I’m happy to meet him the middle, and I don’t mind boxing him either. Whatever he does, I’ll be that bit better than him. 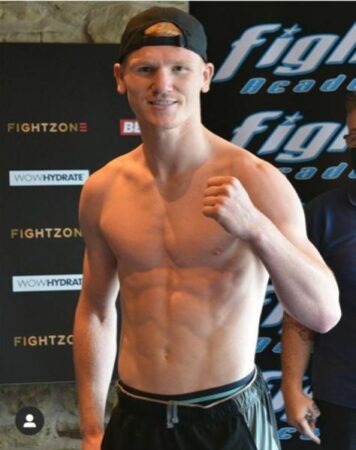 “I really do believe it’s going to be a good fight, he’s not going to muck around. He’ll try and get inside but when he does he’ll get caught with some big uppercuts and might get taken out. He’s got a good record, is going to be confident and will come and give it a go and that will suit me one hundred per cent.

“I want to win this belt, my first international title because the main thing is about getting up the rankings. If I get the belt and a top 15 ranking with the WBO, that gets my name out there.

“I just can’t wait for fight night now. Bolton is just 20 minutes from me and I’ve sold hundreds of tickets for this. It’s going to be mad. Jack [Massey] has sold loads too, so the atmosphere will be amazing. I can’t wait to step up and perform.”