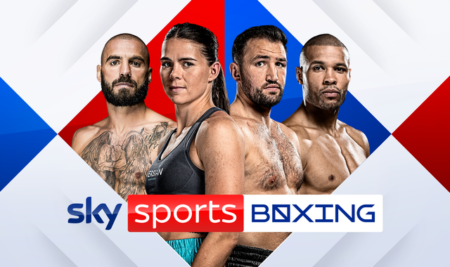 Lewis Ritson was scheduled to face American Hank Lundy on the show in his first fight back following his loss to Jeremias Ponce in June this year, but has today been forced to withdraw from the card due to illness.

For heavyweight sensation Steve Robinson, this is a great opportunity for him to showcase that he can be the next big prospect to rise up in the talent packed and competitive division. The Ivan Drago lookalike who is undefeated in three fights, two by KO, goes by the nickname USSR and will face Manchester’s Reece Barlow over four rounds.

A talented footballer at Newcastle United’s Centre of Excellence until a knee injury ended her career, April Hunter has found more success with her fists after switching to boxing. Newcastle’s first female professional boxer in 30 years, welterweight Hunter is undefeated in four fights and faces Pensnett’s Kirstie Bavington.

Making her professional debut will be the multi-decorated Team GB member Georgia O’Connor who will compete in the super-welterweight division. O’Conner won gold at the 2017 Commonwealth Youth Games and silver at the World Youth Games in the same year.

Also making his entry in the pro-ranks will be the eight-time National Champion, Gold medallist at the Youth Commonwealth Games and the European Youth Championships and Team GB member, Mark Dickinson.