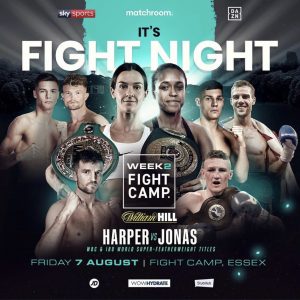 In an absorbing fight that did women’s boxing proud, this fight contested Harper’s WBC and IBO super-featherweight titles, a historic event with both fighters hailing from the UK.

In the co-feature main event, Fowler was deducted one point in the 2nd round for repeated low blows. The fight was stopped at the 1.34 mark of the 7th round by referee Ian John Lewis. Fowler (apart from the repeated low blows) was in command from the start and it was a steady one-sided affair with gritty resistance from Harper who suffered his first inside the schedule loss.

Score was 60-54, every round being given to Hopey Price by referee Ian John Lewis.