Mayweather favourite against McGregor but not as much as 2017 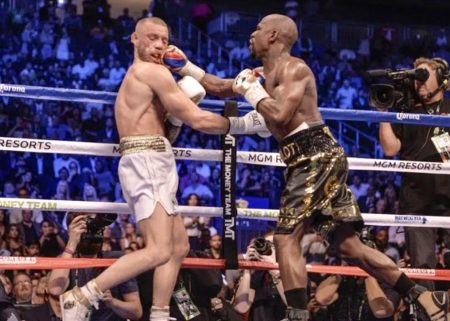 Paddy Power have installed Floyd Mayweather as the 1/7 favourite for his reported upcoming bout against Conor McGregor, but the American isn’t being as strongly backed compared to their last fight in 2017.

The cheeky bookie shocked the world ahead of the last contest by backing Mayweather over fellow Irishman McGregor, gifting him a pair of its famous lucky pants.

And doubling down on their support for the undefeated former world champ, Paddy Power had priced him at 1/12 to win – representing a 92% chance of victory.

Las Vegas is the odds-on favourite to host the clash (4/6), while the chances of a London contest are a lengthy 18/1.

Meanwhile, punters can also get odds on McGregor’s next opponent, and while Mayweather is the new favourite (1/3), Nate Diaz is available at 5/2 to round off a trilogy with the Dubliner.

Further down in the betting is social media sensation Hasbulla Magomedov where it’s 25/1 for them to take their feud from Twitter to the Octagon.

Spokesman Paddy Power said: “This fight was a bit of a non-contest last time out, so it’s great to see the pair back to make a mockery of boxing once again.”