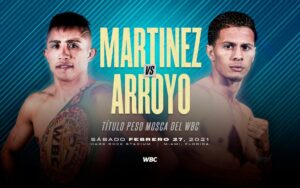 Next Saturday, February 27, at the “Hard Rock Stadium” in Miami Gardens, Florida, the flyweight champion of the World Boxing Council, Mexican Julio César “Rey” Martínez, will defend his title against the Puerto Rican McWilliams Arroyo.

In no order of importance, today we remember five of the best fights that have occurred in the history of boxing between Mexico and Puerto Rico:

On June 26, 1934 in Montreal, Canada, the Puerto Rican Sixto Escobar defeated the Mexican Rodolfo “Chango” Casanova,  laying the granite foundations for the historic boxing rivalry between the two countries. The skilled Escobar dominated the fight with his best boxing eclipsing it in  round 9 in which he got the knockout. Casanova showed his courage and heart in a match where he visited the canvas for the first time in his career. This triumph earned Escobar the accolade of becoming the first Puerto Rican bantamweight world champion in history.

On December 3, 1982 at the Superdome, New Orleans, Puerto Rican Wilfredo Gómez defeated Mexican Lupe Pintor by knockout in round 14 to successfully defend his super bantamweight title. Both men waged a war, but ultimately it was Gomez who took the victory after taking down Pintor twice, forcing referee Arthur Mercante to stop the fight.

On July 26, 2008 at the MGM Grand, Las Vegas, Mexican Antonio Margarito defeated Puerto Rican Miguel Cotto in the welterweight division. From the beginning it was a wild fight. Cotto was undefeated and Margarito was a threat because of his aggressive style and strong punch. The fight was very close until the Mexican’s blows did significant damage. In round 11 victory was declared for the “Tijuana Tornado.”

On November 21, 1987 in Las Vegas, Nevada, Mexican Julio César Chávez, who was in his prime, and defeated Puerto Rican Edwin “Chapo” Rosario, winning the lightweight world title. Chávez pressured Rosario, hurting him with blows from all angles. Rosario, who was a very skilled fighter, couldn’t handle the unremitting pressure from the Mexican and his corner was forced to throw in the towel in round 11.

On August 21, 1981 in Las Vegas, Mexican Salvador Sánchez knocked out Puerto Rican Wilfredo Gómez in the eighth round, in what is possibly the most famous match of the rivalry between Mexico and Puerto Rico.

Both warriors threw bombs from the beginning of the fight, Gómez who was known for dishing it out, showed his resistance and great shape after being knocked down in the first round.

As the fight wore on, Sánchez demonstrated his greatest power by connecting accurate punches that ended with the undefeated Wilfredo, who, still stunned, got up, but referee Carlos Padilla decided to stop the fight.