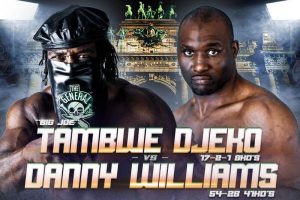 Williams famously beat Iron Mike in 2004 in Tyson’s 2nd to last professional fight but has been knocked out many times since, usually against preliminary boxers.

William’s last fight was a win over a fighter listed at 0-9. Djeko has won eight in a row and is the obvious favourite in what is a deemed a gross mismatch. The Williams-Djeko fight will be available worldwide on the Facebook Fightnight Live page for $5.

At 47 and taking many beatings along the way, this is sad to see…