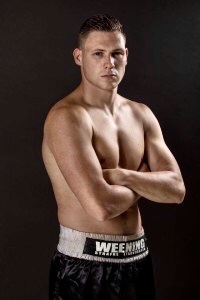 Erik Pfeifer had no choice but to pull out as his medial tests were not completed on time. In walks late replacement Ricardo Snijders who was in training just in case anything went wrong with Pfeifer. It did.

Snijders (18-1, 8 KO’s) is a natural cruiserweight and at short notice, his chances are more than slim. It goes from bad to worse. Yes, a tune up to shake the rust and he has ‘saved the show’ but expect nothing more.

Some may argue that a man (or woman) that has nothing to lose is a dangerous foe, but in Dubois he meets a man that is looking to be an elite level level fighter in the not so distant future. At worst, he is a thunderous puncher, but with the Joyce fight just weeks away, maybe someone non-threatening is a good idea….Joyce will not be an easy night.

Promoter Frank Warren said: “Of course it’s a disappointment that we have had to make a late change, but the most important thing was getting Daniel a solid test.

“We’ve had Snijders training for weeks getting ready for this fight on the off chance there was an issue, and thank God we did.

“Pfeifer‘s team didn’t submit his MRI on time and given the current circumstances we couldn’t stand for the uncertainty or take the risk that the fight would be pulled at the last minute.

“Daniel hasn’t boxed since last December, some eight months ago. That’s a long time, especially for Daniel who has always been active.

“Daniel trained at home with his sister and younger brother during lockdown and he has been back in the gym with his trainer Martin Bowers for several weeks.“

Joe got an impressive win last month, so this is Daniel’s chance to show what he’s made of.

“Of course my nerves will be on edge a bit next week.

“They were until Joe came through against Michael Wallisch, and until Daniel’s arm is raised after the Snijders fight it will be the same.

“Snijders fancies the fight and was happy to say ‘yes’ and jump at the opportunity of his career. He’s coming up from Cruiserweight and wants to follow in the footsteps of fighters like Usyk, Haye and Bellew.”

Picture of The Day – Mike Tyson (No Update Re Tyson vs Jones Jr.) Deal Reached For Luke Campbell vs Ryan Garcia For November But Purse Bids Delayed (Again)