More on The Joseph Parker vs Junior Fa Heavyweight Clash 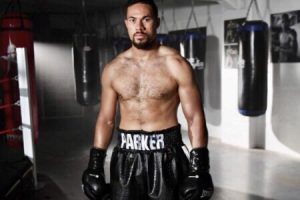 As reported on the 14th August (you can read the report > HERE <) former WBO heavyweight champion Joseph Parker’s (27-2, 21 KO’s) promoter David Higgins is not moving on his final bid to the team of Junior Fa (19-0, 10 KO’s) for the all New Zealand heavyweight clash to happen.

Originally offering $300,00 and then upping the offer to $500,000 (plus as share of the TV revenue), it is being hoped the fight can be made for an October date but with all that needs to be done, a November or December clash seems to be more realistic.

“We’ve gone the extra mile and we’ve guaranteed Junior Fa and his side a minimum $500,000 and with a share on top,” David Higgins tells Newshub.

“It is the final offer. It’s over the odds. It’s probably 20 times Junior Fa’s biggest ever pay day. It’s an honor and a privilege for Junior to cash in on his career to date against Joseph Parker…. if a fear of losing isn’t at play he would take the money, win the fight, move on. There really is no excuse now other than to step up and bank the money. Who needs it more? Junior. Because he needs the money.”

“I’d encourage [Fa] not to call my bluff because I’ve taken October off the table. So now it pushes out if it is going to happen,” says Higgins.