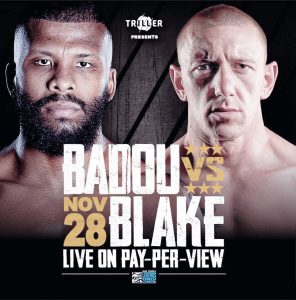 The shock announcement earlier this week of the September 12th card being delayed to November 28th has allowed more time to ‘stack’ the card and maximize the revenue. Whilst frustrating, without a paying live audience (due to COVID-19) I think the PPV purchasers will be privy to a better card.

“Changing the date to November 28th will give more people the opportunity to see the biggest comeback in boxing history,” Tyson said in a statement to TMZ Sports. “This temporary inconvenience will last longer than Roy Jones Jr. He better be ready, I’m coming full force.”

“Given the enormous interest, the holiday weekend will make this historic battle an even bigger viewing event, marking the first live pay-per-view event brought to the world by Triller as the first of the ‘Triller Battles’ series,” Triller said.

Badou Jack has been added, taking on Blake McKernan as part of the undercard that also has former NBA player Nate Robinson vs YouTube star Jake Paul.

The California State Athletic Commission are overseeing the event with the referee still not officially announced.