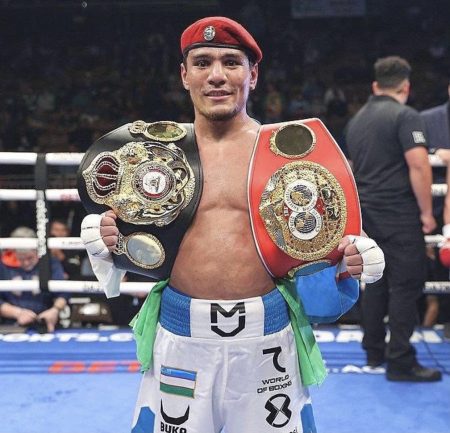 Murodjon Akhmadaliev entered the month of December as the only World Boxing Association (WBA) super bantamweight champion in another important step in the world title reduction plan.

Until last month, Brandon Figueroa was listed as the champion of the category while Akhmadaliev is the super champion. But after his bout against Stephan Fulton for the WBC and WBO belts, Figueroa lost his status as monarch of the pioneer body, leaving the Uzbek as the sole titleholder at 122 pounds.

With the situation in the super bantamweight category cleared up, there are now six divisions with only one world champion. In addition to Akhmadaliev, also Dmitry Bivol in light heavyweight, Jermell Charlo in super welterweight, Roger Gutierrez in super featherweight, Naoya Inoue in bantamweight and Artem Dalakian in flyweight are the only champions in their divisions.

The WBA will continue to make decisions according to its rules with the intention of advancing in the reduction of champions.