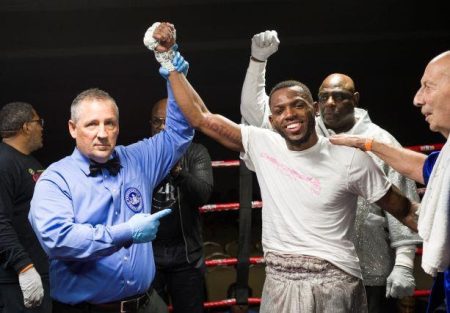 Nahir Albright took an eight-round unanimous decision over previously undefeated Estivan Falcao in the lightweight main event of a seven bout card at The Clarion Hotel in Essington, Pennsylvania.

The seven bout card was promoted by RDR Promotions. 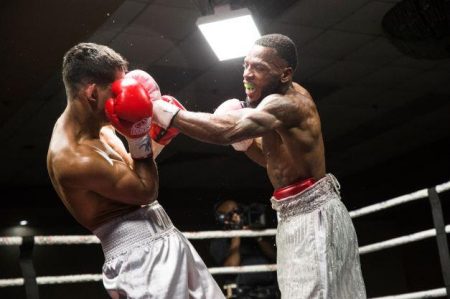 Albright fought well and landed precise right hands that kept Falcao from ever getting any sustained offense.

Pro debuting Marvelous Corbin stopped Kaywann Sistrunk at the end of round three in their four-round super lightweight fight.

Corbin landed a vicious left hook at the end of the third round that floored Sistrunk, and he could not beat the 10-count at 3:00.

Corbin of Philadelphia is 1-0 with one knockout. Sistrunk of Detroit is 0-8-1.

Mark Dawson stopped Vincent Floyd in the fourth and final round of their junior middleweight rematch.

Erron Peterson remained undefeated with a fourth and final round stoppage over Igor Pesterev in a middleweight bout.

In round four, Peterson unleashed a big flurry on the ropes that forced a referee stoppage at 37 seconds.

Famous Wilson remained undefeated with a first round stoppage over Tyler Jacques in a four-round middleweight bout.

Wilson dropped Jacques twice with body shots with the second coming at the end of the round and Jacques could not beat the count at 3:00.