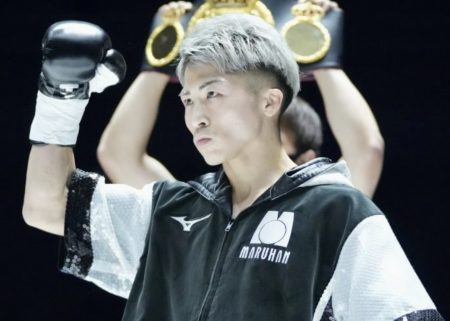 Naoya Inoue said he is prepared to come to the UK and fight Paul Butler for the undisputed bantamweight title.

Butler, last week, said if Inoue wanted the fight enough then he should be willing to accept the showdown taking place outside of his native Japan.

The WBO champion told talkSPORT that Liverpool or London could be ideal venues for a fight with Inoue and that the contest should not automatically in ‘Monster’s’ backyard.

And now Inoue, who added the WBC belt to his collection after stopping Nonito Donaire earlier this month, says he would accept a fight in the UK.

“I don’t have a preference,” Inoue said.

“I don’t care if we fight in Japan, the US or the UK … I just want to fight him, no matter where it is.”

Butler won the WBO crown at Probellum Liverpool in April before being upgraded to full champion the following month.

The British fighter has made it crystal clear that he wants to face Inoue next and isn’t fearful of his punching power.

“My gym is still in negotiations over the Butler fight, and things are moving in the right direction, although I don’t think the details have been worked out,” Inoue said at a press conference in Tokyo on Monday.

“I haven’t watched his bouts in their entirety, but I can see he is a talented and aggressive boxer.”