Nathan Heaney Could Have Sold Even More Tickets For Saturdays Bout 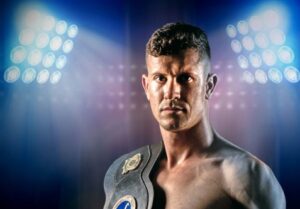 Nathan Heaney says he could have sold 2000 tickets for his next fight, with added interest coming once Stoke’s female contingent got wind of Tommy Fury’s involvement.

COVID restrictions have limited Heaney’s promoters Queensberry on the number of fans allowed into the venue, and just 1000 can attend.

Heaney (11-0, 3 KOs) grabbed 600 tickets and was besieged by supporters who wanted to be at his first fight in front of fans for 15 months.

They will make the 30 mile trip in a convoy of coaches that are leaving from Stoke City’s stadium.

Heaney, 32, who outpointed Ryan Oliver behind closed doors in February revealed “I have sold 600 tickets. I could easily have shifted 1500 tickets and perhaps 2000.

“About 400 women wanted to go when they discovered Tommy Fury was on the bill, but they missed out this time.

“I let them know a few days before the fight was announced and they put their names down first. The allocation was gone in an instant and I now have a waiting list of 500 people.

“I want to get on Frank Warren’s big shows. I love representing my city and I want to give my Stoke lot some great nights on BT Sport shows.

“Make no mistake on the night you will think I am the headliner. That isn’t my doing, it is those who support me. It is scary how loyal they are.”

When Heaney turned professional in 2017 he immediately adopted Stoke City anthem ‘Delilah’, as his walk out music and admits he wasn’t quite Tom Jones.

But as the ticket sales mushroomed the singing improved and the reception has got more raucous from his fellow Stoke City fans.

Heaney who never misses a home match at the Bet365 stadium said: “This all kicked off from my third fight when I boxed on a Channel 5 card.

“My fight wasn’t screened but during the broadcast all you could hear was my fans singing the Stoke City anthem, Delilah.

“Nobody watching knew the reason why. At the next Stoke City home game a few lads said they wanted to come to the next fight and it has taken off.

“I have always done that walk out even in an empty Kings Hall, but one day knew it could look really, really good and full of Stoke lads

“It has really captured the imagination and it’s the guys that follow me who created it, not me.

“Once there was only about 60 people there and I hadn’t finessed the walk, but I still walked into the hall singing Delilah at the top of my voice.

“By the time I beat Tom Stokes for the Midlands title in my seventh fight it was really taking off and since then it has snowballed.”

Fury v Grant is on a bill that is headlined by Daniel Dubois (15-1, 14 KOs) who challenges Bogdan Dinu (20-2, 16 KOs) for the vacant WBA interim Heavyweight title.

Belfast’s Middleweight Caoimhin Agyarko (8-0, 5 KOs) is back and will be aiming for his fifth successive inside the distance win when he boxes Mexican Ernesto Olvera (11-6-1, 3 KOs)

Also on the show is 18-year-old decorated amateur George Bance who makes his professional debut after signing with Queensberry.