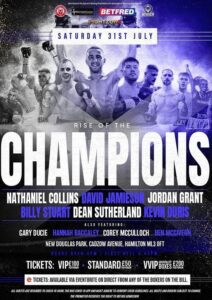 With boxing returning to Scotland for the first time since lockdown on Saturday July 31 at New Douglas Park in Hamilton, all eyes will be on Nathaniel Collins.

Live on Fightzone, the 24-year-old southpaw gets his first crack at a major title when he faces Ghana’s Felix Williams for the Commonwealth Featherweight crown. 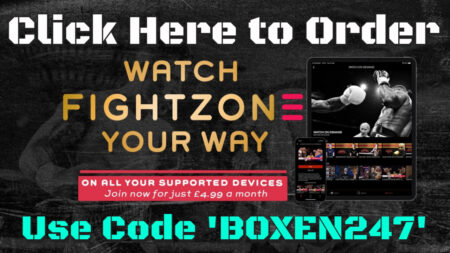 On paper, this is a huge step up for the unbeaten Bearsden fighter, 7-0 (2).  Williams is far more experienced and carries power in both hands.  The 31-year-old has lost just twice in 31 outings and, tellingly, has knocked out 22 opponents.

One of the African’s losses came in 2019 though when he boxed outside his home country for the first time, taking on former British champ, Josh Wale.  That night, although in fantastic shape and supremely confident, Williams was outfought by Yorkshireman Wale, and Collins is convinced he can do the same.

“I’ve seen a bit of him and I’m expecting him to come and try to knock me out!  He’s tall and puts everything into his shots, but I’m ready and have a good chance.  I’m not worried about him, or fazed by his record.  I don’t think he’ll have what I’ve got in terms of boxing ability, so he’ll need to knock me out because otherwise I’ll box his head off all night.  I want to come out and make a statement.

“I’ve headlined before, and been on big shows, so I’m looking forward to topping the bill.  It doesn’t faze me at all.  I’m not really thinking about anything other than getting the job done but I’m pleased that people are going to be able to see my talents on Fightzone, which has been fantastic so far.”