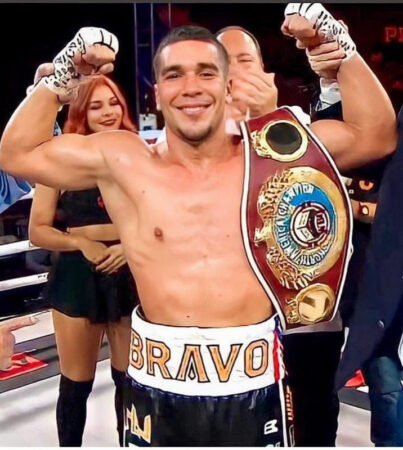 Nestor Bravo kept his perfect record intact and became the NABO 140 pound champion by scoring a 7th round stoppage over veteran Adrian Yung of Mexico.

The card was promoted by Miguel Cotto Promotions took place as part of the WBO’s annual convention September 26 at the Coliseo Roberto Clemente in San Juan, Puerto Rico.

Fighting out of nearby Arecibo and under the Boxlab Promotions banner, Bravo scored a knockdown in the third round with a perfectly timed left hook. The game Yung made it back to his feet, but Bravo controlled the fight. He continued to land clean shots and bloodied Yung. After continuing to take punches, Yung’s corner threw in the towel at 1:18 of round seven.

With the victory, Bravo improved to 21-0 with 15 knockouts and became just the second fighter to stop Yung, who is 28-8-2.

“We always had confidence in Nestor and his abilities as a fighter to compete for the WBO NABO title in his native Puerto Rico and on Probox.TV,” said Amaury Piedra of Boxlab Promotions. “The opportunity (during the WBO Convention) was too good to pass up and we’re proud of how he fought. We’re looking forward to taking on new challenges and every junior welterweight needs to take note of Nestor Bravo!”