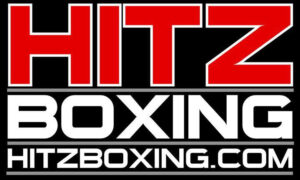 Undefeated Cruiserweight Alante Green back in action on August 21
Undefeated Light Heavyweight Taylor Deurr Back in the Fold
Hitz Boxing signs 19 year-old Up and Comer Daniel Buenaventura
On the heels of a sold-out, action packed event on July 17th in Rosemont, Illinois, Chicago’s top and busiest promoter, Hitz Boxing has been making moves and some of it’s top fighters in upcoming bouts.
—On August 21st undefeated cruiserweight Alante Green (8-0-1, 5 KOs) of Cleveland, Ohio is back in action on August 21st against the well-regarded Nick Kisner in a 10-round bout Columbus, Ohio.
Green, who has come down in weight nicely after his first six-bouts at heavyweight, takes on Kisner, who was an amateur star out of Maryland.
The 28 year-old Green is coming off a unanimous decision over another highly-regarded fighter in Stivens Bujaj (17-3-1) on June 4th.
Kisner (22-5-1, 6 KOs) is a former USA-NABA cruiserweight champion is coming off a win over previously undefeated Sam Crossed (9-0) on on February 28, 2020
–After a lengthy court battle, Hitz Boxing has undefeated light heavyweight Taylor Duerr back in the fold.
Duerr (10-0-2, 7 KOs) of Detroit will be back in action very soon.
“I am very happy to have this behind us. We are back on the same page, and I have already fielded calls and am working on getting Taylor back in the ring to get him the opportunities that a fighter with his record deserves,” said Bobby Hitz
–Hitz Boxing also announced the signing of lightweight Daniel Buenaventura.
“Daniel has a very deceiving record, but he has been on the bad end of some questionable decisions. We see a great future with him, and now that he has people behind him who can help move him the right way. He has been the Fight of the Night many times before, and I was very impressed when he fought on July 17th. We see something in him that he could be one of those real diamond-in-rough fighters. He is just 19, so he has a bright future,” said Hitz