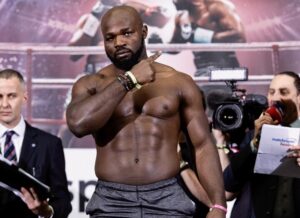 UPDATE: LOOKING FORWARD TO BE BACK IN ENGLAND SOON FOR THIS OTHERS MEGA CHALLENGE

After a long list of potential foes have offered their services for the December 5th ‘homecoming’ for Tyson Fury at the Royal Albert Hall (UK), the list has APPARENTLY been shortlisted to either Carlos Takam or Agit Kabayel.

Both fighters are promoted by Bob Arum who also co-promotes Fury so the fight can be easily made. These two 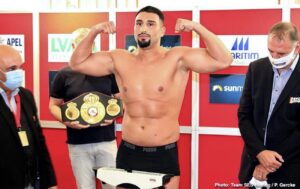 fighters are on standby whilst the final small print is sorted out.

We favour Takam (for the reasons in our breakdown on all the top 15 WBC contenders and other fighters viewable > here <) as he has fought in the UK prior which will be able to help promote the fight (putting up a stern challenge to Anthony Joshua in a championship bid) and is always up for short notice fights. With that said, out of the two fighters, only Kabayel is ranked in the WBC top 15 (and is No.15 as of the 12th October). It was previously stated by the Fury camp that it would be an opponent currently in the WBC top 15 heavyweights.

As a competitive fight, we are hoping for Takam (39) who has a proven track record and may give a better account of himself, though like most of Fury’s opponents, the height disparity would be difficult for Takam to overcome (Takam is 1.87m compared to 2.06m).

Kabayel has a very good record and the win over Chisora stands out but marketing could be difficult with many that have not heard of him.