“None of Us Are Quaking” – Tyson Fury on Oleksandr Usyk 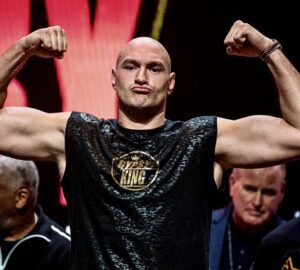 “But on that performance I can say that none of the top 15 heavyweights out there are sweating Oleksandr Usyk at the moment, unfortunately. None of us are quaking. Is that it? Everyone’s like, ‘Is that what all the hype was about?’

“This is the heavyweight game and heavyweights ain’t like they were years ago, and Chisora’s probably the smallest heavyweight out there. Being brutally honest, I think when he fights a big heavyweight who can punch a bit it’ll be like a lamb to slaughter.