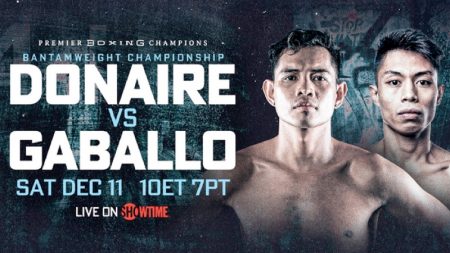 Bantamweight champion of the World Boxing Council, Filipino Nonito Donaire, will defend his title, against his compatriot, Reymart Gaballo, in the main fight this Saturday, December 11, at the “Dignity Health Sports Park” , of Carson, California.

Donaire came to the duel with Oubaali after losing, by unanimous decision in twelve rounds, to the champion, Naoya Inoue, in what was a great fight in 2019.

The card, which is promoted by the Premier Boxing Champions (PBC) series, will be televised on Showtime.