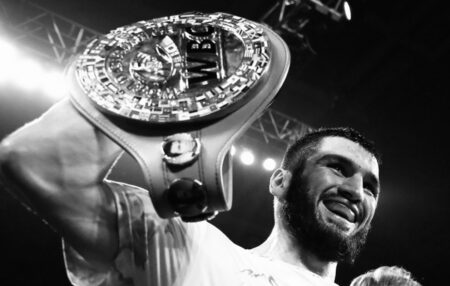 In what was an outright war, Russian Artur Beterbiev defeated previously unbeaten Ukrainian warrior, Oleksandr Gvozdyk, by TKO in the 10th round.

Both fighters went all out for a KO from the outset, landing powerful punches in thrilling and sustained exchanges.

By the 8th round, Beterbiev started to connect appreciably harder with more accurate punches on Gvozdyk, which began to affect him.

Going into the 10th round Gvozdyk was leading on two of the three Judges` cards. But Beterbiev launched a terrific attack knocking him down three times, and he was saved by the Referee. So power punching Beterbiev conquered the WBC belt, unifying the division, taking away the  unbeaten record from Gvozdyk, while improving  his own  perfect record to 15 victories with 15 KO`s.

This was Oleksander´s last fight as professional.