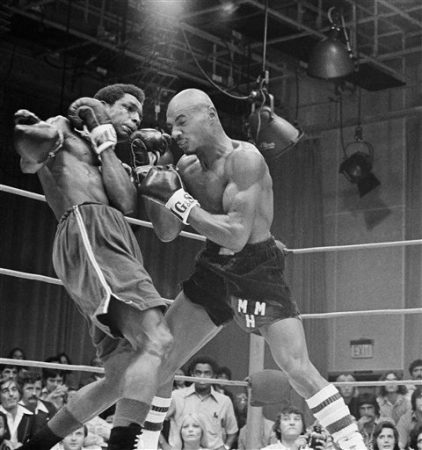 Marvin Hagler, the great southpaw born in Newark NJ, but then based in Brockton, suffered the first loss of his career at hands of Bobby “Boogaloo” Watts by MD, in a 10 rounds match.

The fight took place at the Spectrum in Philadelphia. The Referee was Hank Cisco. The Judges were Earl Vann and Nat Lopinson.

Four years later, Marvelous Marvin conquered the middleweight crown, defeating southpaw, Alan Minter from Crawley, Sussex, GB, by TKO in the 3rd round, at the Wembley Arena in London. He’d avenged the “Boogaloo” loss by TKO’ing Bobby on April 19th 1980.

On this day: Carmen Basilio defeats Ike Williams in 1953