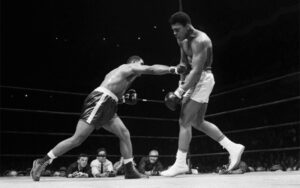 On this day in history, back  in 1967, Muhammad Ali successfully defended his world heavyweight championship by defeating his compatriot Zora Folley by knockout in 7 rounds in Madison Square Garden, New York.

The referee was Johnny LoBianco. The judges were Frank Forbes and Tony Castellano.

Following this fight, Ali was stripped of his license by refusing be part of the Armed Forces of the United States of America, in the Vietnam War. He was at the peak of his professional career and then lost 3 of his best years. However, he became an historical social, political and sports role model. Ali became world champion again in 1974 by defeating the legendary George Foreman.