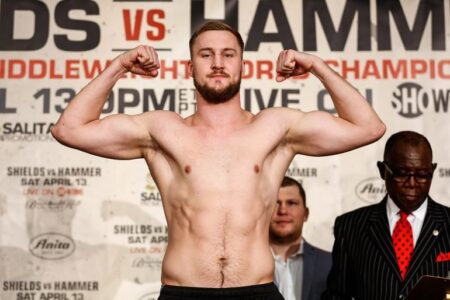 With big fights looming in his division, Swedish heavyweight boxer, and Rekatochklart ambassador, Otto Wallin sat down with the Swedish site Rekatochklart to discuss the state of his career and what’s next for the big man. The Swede talked about who he fancies fighting next and he discussed his reputation in the world of boxing following his impressive showing against Tyson Fury back in 2019.

Otto about who he hopes to be fighting next:

Otto about his reputation in the world of boxing:

“Nobody in the world other than myself, my team and maybe my family, believed that I could stand a chance against Fury… I just feel that it’s nice to come up in a fight like that without any pressure, and just try to run over the guy anyways”

“Even if I lost, the fight has been like a win for me and my life – I got so much more respect in the world of boxing. Nobody had seen me on this level before.”

“There is no clear champion that is unbeatable, it changes from day to day who’s the champion and there are a lot of guys who are after the belt. I think that is good for boxing”

Otto about Whyte ‘ducking’ their fight:

“WBC had already announced that the winner of our fight would face Fury, so it was of course both irritating and frustrating that he withdrew and still got to face Fury”

“Now that he’s back it’s time to pick up the phone, call my team and we can do this. He withdrew just ten days before the fight last time, now he seems to be back and the shoulder is supposed to be good. Let’s do this!”