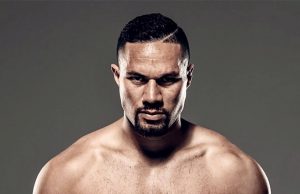 “It will be our first show in New Zealand and we’re planning a great fight for him,” Hearn said to IFL TV. “Looks like it’ll be in October. It’ll be a major coup to get this over the line.”

David Higgins (Parker’s manager) has made the point that October is too early but the negotiations are continuing.

“Yes, negotiations had stalled but there have been vigorous talks behind the scenes and the fight is a lot closer to reality than it was a couple of months ago,” Higgins said to the New Zealand Herald.

“We’ve been in negotiations now for six months and that’s how long it took to put the Tua-Cameron fight together and Parker versus Joshua, so it’s nothing new in terms of that. I have to say they’re [the Fa camp] still being a touch greedy but if we can close the gap a bit we’ll have something to announce very shortly.”

According to the New Zealand Herald, Fa would be guaranteed a purse of $500,000 with a cut of the PPV revenue. But, with the majority of worldwide fights taking place behind closed doors so therefore no gate fee, the consensus is that with Fa not being globally recognised would result in a low to modest revenue figure. Combine that with Parker’s purse, the guarantees given will be difficult to meet.

As an all New Zealand event, it would interest many in their native country. As a fight, it would prove little on Parker’s resume if he won. A closer look at Fa’s record shows just one ‘notable’ victory, that being a points decision over 45 year old Dominick Guinn in June of 2019. As boxing usually goes, this should be a low risk, high reward fight for Parker if nothing else.