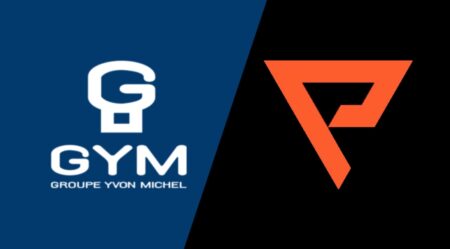 Groupe Yvon Michel was founded back in 2004 by Yvon Michel, Alexandra Croft and Bernard Barré, and has been the most successful organization in the history of professional boxing in Canada.

Since its launch, the company has organized over 150 events in the province of Quebec, and held over 30 events outside of Quebec, with a lot of them broadcast on some of the biggest television networks in the world, such as HBO, Showtime, ESPN and more.

The new partnership will see Probellum and Groupe Yvon Michel working together to help boxing grow even bigger in Canada, providing a huge boost on both the grassroots and professional stage.

It is Probellum’s latest co-promotional agreement bringing together some of biggest promoters around the world, having already secured deals with Wasserman Boxing, Universum in Germany, Maravillabox Promotions in Spain, LNK Boxing in Latvia, Glozier Boxing in New Zealand, Shuan Boxing Promotions in the Dominican Republic, Bufalo Boxing in Nicaragua, Team Ellis Boxing in Australia, Armin Tan Promotions in Indonesia, and Box Office Sports in Ghana.

“We have been truly impressed with the scale and ambitions of Probellum, which promises global cooperation among decision makers in the boxing industry,” stated the president of GYM Yvon Michel.

“Their assistance and the sharing of their resources, in our market, will make a huge difference to allow us to continue our mission of popularizing our sport, organizing great events, producing champions as well as offering expanded horizons for all our current and future boxers.

“I would like to thank Richard Schaefer and Harrison Whitman who have always been valuable collaborators of GYM for including us in this partnership and for placing their trust in our company.”

“We are truly honored to partner with one of the biggest promoters in the world in Groupe Yvon Michel,” said Richard Schaefer, President of Probellum. “I have worked with them on numerous occasions in the past and I know first-hand what a professional and expert organization they are.”

“They have helped boxing in Canada go from strength to strength since they launched back in 2004, promoting some of the best boxers in the world during that time, and now with this co-promotional agreement, we’ll look to take things to the next level.”