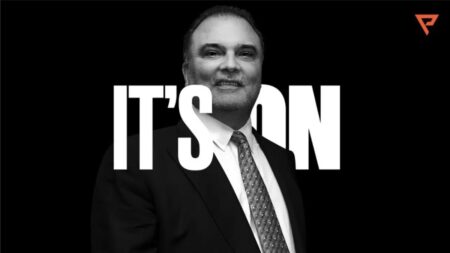 Probellum President Richard Schaefer has released an update discussing the phenomenal reaction the promotion has received – following its launch earlier this month.

Since it was officially announced just under two weeks ago, Probellum has already taken the boxing world by storm, forming ground-breaking partnerships with some of the biggest forces in the sport.

They have also unveiled their innovative strategy, which includes working with promoters around the world, providing support for grassroots boxing on a global level, and growing a digital platform which will serve millions of fans.

To date, Probellum has announced co-promotional deals with major boxing companies such as LNK Boxing in Latvia, Team Ellis Boxing in Australia and Box Office Sports in Ghana, along with revealing several of their talent line-up, including Ali Drew, Paul Smith, and Fight Disciples.

There has been an extremely positive reaction to the launch, with supporters of boxing excited at the prospect of having their passion for the sport truly appreciated, and Schaefer promises there will be more good news in the near future.

“There has been a phenomenal reaction since we launched earlier this month, and this is only the beginning,” said Richard Schaefer, President of Probellum. “We are excited about what is to come, and boxing fans around the world should be excited too.

“We have been working away behind the scenes for a long time in order to try and secure the most strategic partnerships possible, along with finding the athletes that show the most promise. We have been able to acquire the best that the world has to offer, and we can’t wait to reveal to fans what we have in store.

“I have been involved in boxing for over 20 years, and I can safely say that Probellum is the most ambitious and determined promotion that I have ever seen. The all-star team that has been assembled features some of the best minds in the sport, and I have no doubt that by all working together, we can achieve big things in the sport.

“Boxing is truly the greatest sport in the world, featuring the toughest warriors on the planet who put everything all on the line. With our athlete-first approach here at Probellum, we are going to ensure that they receive the backing they deserve.

“There are going to be over 100 announcements in the coming days and weeks, so everybody should stay tuned and get ready as we prepare to announce everything we’ve been up to.”