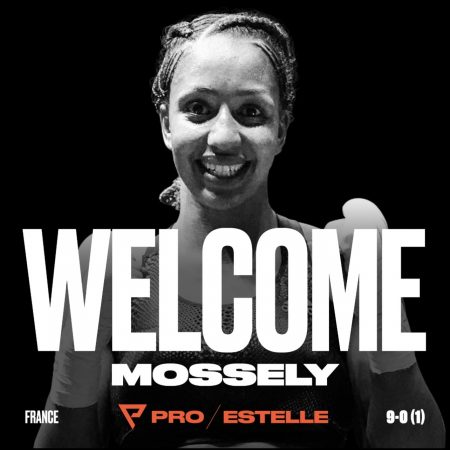 The 29-year-old French fighter (9-0, 1 knockout), who is undefeated as a professional, clinched the IBO world lightweight title in 2019 with a victory over Lucy Wildheart.

“I am very excited to embark on the next stage of my boxing journey with Richard Schaefer and his team at Probellum,” said Mossely.

“I have known Richard for many years and his track record as a promoter speaks for itself – he really knows how to build champions into superstars and I’m excited to start working closely with him.

“As a truly global boxing promoter with events all around the world, Probellum offers me the ideal platform to showcase my skills and bring more fans to female boxing. I predict very exciting times ahead and can’t wait to get started.”

“I have been a fan of Estelle since her historic gold at the 2016 Rio Olympics,” added Richard Schaefer, President of Probellum. “Not only because of her tremendous boxing skills, but also the way she carries herself outside the ring which makes her in my view the best ambassador for female boxing in the world.

“She is a role model for fans and fighters everywhere and in my opinion today, she is the best pound-for-pound female fighter in the world. In fact, I have not seen the kind of ring talent and skills from any other fighter, male or female, since I was fortunate to promote Floyd Mayweather.

“I am honoured and humbled that Estelle has chosen Probellum to be her promoter and I am already working round the clock to plan her first fight under the Probellum banner.”