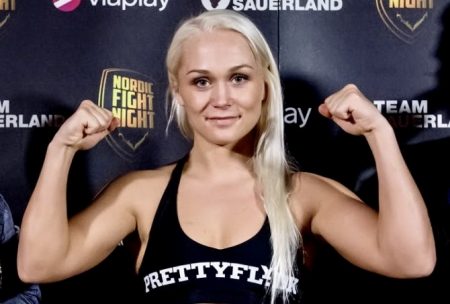 The undefeated Dane (17-0, 7 knockouts) becomes the latest fighter to join Probellum’s fast-growing stable of boxers, and she arrives with a proven pedigree at the highest level.

Thorslund recently retained the WBO bantamweight title, which she initially won in June, courtesy of an impressive seventh-round stoppage of Zulina Munoz.

She has also held the WBO super-bantamweight title since defeating Jessica Arreguín in 2018.

Thorslund made her professional debut in 2015, securing victory via a first-round TKO against Petra Podráská, and since then she is yet to experience defeat.

“I’m hugely excited to take this next step in my career,” said Thorslund. “Probellum has made a major impact in a short space of time, and I’m really looking forward to working closely alongside their talented team as I strive to achieve further success.”

“Dina’s career to date speaks for itself,” added Richard Schaefer, President of Probellum.