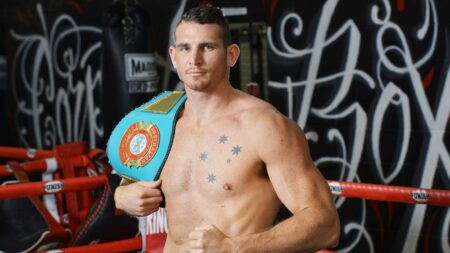 ACE Boxing’s Group’s Demsey McKean and Liam Paro have set off to new lands in search of opportunities, with the pair heading to the UK and USA respectively with the backing of Promoter Angelo Di Carlo.

Di Carlo, a mainstay of Australian boxing, discussed the reasoning behind sending his fighters abroad.

He said, “I felt it was very important for our fighters to gain more international experience. So we acted on that thought and created a plan which has seen Demsey McKean head out to the UK. He has already had a fantastic experience working with the likes of Anthony Joshua and Dillian Whyte in their respective camps for Usyk and Wallin. In Australia, we simply just cannot get this level of sparring or competition in general for fighters such as Demsey. So for Demsey to be able to work with two of the top 5 heavyweights on the planet currently is massive for his career development. 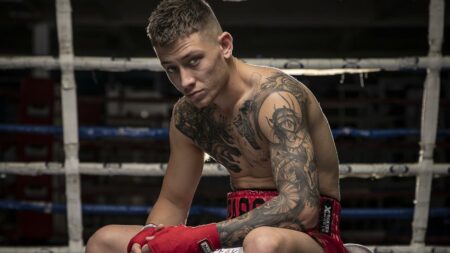 “Liam Paro has headed over to Las Vegas to work with the likes of Devin Haney, Rances Barthelemy and Shawn Porter. Liam is on the verge of a world title fight, as he is ranked number 2 in the WBO. So we need to get him ready for that level of challenge and that requires getting world-class sparring. Around Liam Paro’s weight class which is available, there is nobody really better than Haney, Porter and Rances right now. They are elite fighters so for Liam to share the ring with these top talents is fantastic to see.”

Di Carlo and the ACE Boxing Group have guided the undefeated pair to lofty positions in the world ratings, with both fighters holding high rankings in the WBO and IBF sanctioning bodies. Di Carlo opened up on plans for his two highly rated charges.

The Australian Promoter stated, “Obviously the goal is to push both fighters into big fights. With Liam, we would love to fight the winner of Josh Taylor and Jack Catterall, if not a clash with Arnold Barboza Jr, those are fights we have been working on for a long time and a fight that we can hopefully force to happen next year. Liam has been in a lofty position with the WBO for a while now so hopefully, he will get his opportunity at the world title sooner rather than later.

“Demsey is in a competitive division with heavyweight boxing really being back on the boxing map. There are a lot of good fights out there for Demsey and he is highly ranked in multiple governing bodies. So our hope is by him traveling abroad he will impress the right people and land a fight on a Matchroom Boxing event or an event of equal quality. That is our hopes for both Liam and Demsey and I’m confident that both of them will be in meaningful, high-profile fights in the coming months.”