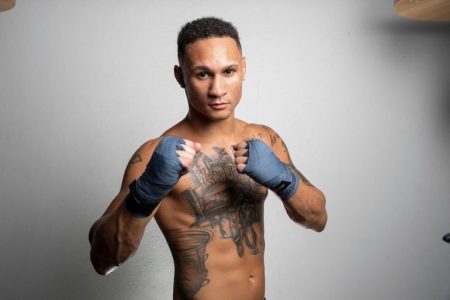 Regis Prograis says the super lightweight division will soon become the ‘hottest’ in boxing – and that he will rule as champion once again.

The former WBA title holder is plotting his route back to the top of the 140lbs pile and can’t wait to mix it with the growing list of high-profile fighters at the weight.

Prograis’ only defeat came at the hands of Josh Taylor, in a remarkable final of the World Boxing Super Series and the 33-year-old has welcomed the influx of new names into the division, including Ryan Garcia.

“I love it bro, the division is heating up!” Prograis told the DAZN Boxing Show.

“Garcia is making that move, Teofimo Lopez made the move, so it’s going to be where it’s at.”

Prograis last fought in March, when he forced the sixth-round stoppage of Tyrone McKenna in Dubai, and the American star is working hard in the gym, waiting for his next contest.

“There are too many names [at 140] for people not to fight me.  Eventually they are going to have to fight me.  Right now, nobody is saying my name, nobody!

“You can’t say one name I wouldn’t want to fight.”