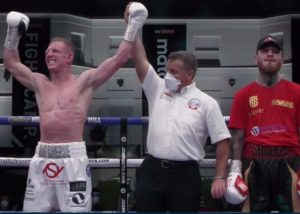 Naturally disapointed, Eggington was subdued….“You just have to roll with the punches, Ted got the decision today. Of course I would like the rematch. I’m sure people would like to see it again.”