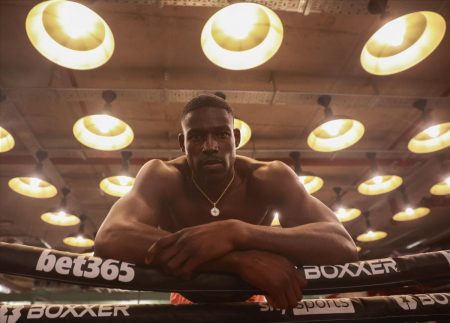 Elite British boxing talent descended on Camden Boxing Club in London today for a range of Open Workouts ahead of the upcoming BOXXER: Riakporhe vs Turchi event taking place at the OVO Arena Wembley on Saturday June 11, live on Sky Sports.

The assembled boxers – including world cruiserweight contender Richard Riakporhe and English Middleweight Champion Germaine Brown, who defends against Zak Chelli, worked out for the assembled media and gave their thoughts afterwards.

“My camp to prepare for this fight has done me so much good. I think this is going to be the best performance of my career.”

“I’m going to win a contest of punching power, if that’s what it becomes.

“Whenever I boxed in my last fight, I had the most success. Whenever I chased the knockout it got further away. So I’m just going to enjoy this fight, my first fight in London, my homecoming. And normally when I enjoy myself, a knockout follows.”

“The only pressure on me is the pressure I put on myself. I know my full potential, I didn’t show it in my last fight because of the two years I’d had out of the ring. But I’m back to it now, I’m ready.”

“I’m a higher rank than him, I’ve fought better opponents than him, he’s fought nobody really.”

“I think I’ve got better power than him. People think I’m not a technical boxer, but the better the boxer the better I fight.”

“I don’t believe this goes 10 rounds. God willing I’ll knock him out.”

“It’s gonna come down to who wants it more. Me and the team have a game plan and we’re gonna stick to it. It might go the distance but he comes forward a lot, he might walk into something.”

“I believe I can stop anyone. If I put my mind to it, I believe I can get him out of there. The main thing I’m worried about is showcasing my skills. It’s not a big deal if I get the rounds in, that’ll be better for me.

“I’m gonna make a big statement come June 11th. I speak it, I believe it, and I can’t wait to showcase it.”

“I’m just trying to entertain, I say it all the time. Not to say my last performance was a bad one but I just wanna put on an even better performance.”

“I don’t think the best of me has been seen at all yet. If I don’t perform well on June 11th then there’s nothing else I can do because I’ve trained so hard for this fight.”

“I want to show I can box. I’ve got a lot of skill and I don’t think that’s been shown completely yet”

“Obviously the aim is to get a world title, so I’ll fight whoever’s in the way for that”

“Ever since I was five years old, I’ve known I was born to be on a stage and I believe I’m good enough to be here. I don’t have the boxing accolades or the amateur background but I’m someone showing you can do this no matter what background you’re from.

“I’m just so focused and dedicated to get myself to the top of my division. So the nerves are there, I can’t deny that, but this is what I love to do. I want to inspire younger people that no matter what you do, not just in sport but in life, if you put your focus to it and your mind to it you can achieve what you want.”