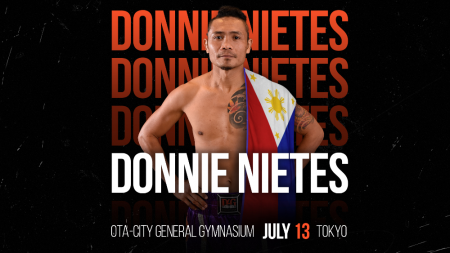 Nietes is in Tokyo, Japan to challenge WBO junior bantamweight champion Kazuto Ioka on Wednesday night at the Ota-City Gymnasium.

The Filipino hero, 40, defeated Ioka in 2018 to win that belt but would soon vacate the title and nearly four years on, he heads into “enemy territory” to take it back.

And Probellum President Schaefer says once Nietes has reclaimed the WBO crown, he will target unification showdowns with the other world champions, including Jesse ‘Bam’ Rodriguez and Juan Francisco Estrada.

“Boxing is like an addiction and it’s very difficult for fighters to let go,” Schaefer said.

“And when you do become world champion again at age 40, who is going to stop you?

“Who is going to tell you that you cannot go and try to pursue a unification fight?

“For a long time, the lower weight classes were the neglected but now that has changed, and today, they are extremely popular with fight fans and networks.

“It’s the right time to be in those weight classes and would I not be surprised if Donnie, once he’s world champion again, says: ‘Hey, I might as well add a few more titles.’”