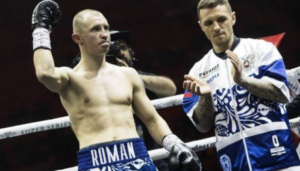 Roman Andreev and Fredy Fonseca will step into the ring at Vegas City Hall in Krasnogorsk, Russia, to fight for the World Boxing Association (WBA) Gold Lightweight title this Friday.

Andreev, a 35-year-old veteran, will try to take advantage of his local status to win the belt. The Ust-Schugor native is undefeated and has been a WBO regional champion in the past.

Now he has a higher status and that will put him in a good position for his short term aspirations. Andreev has considerable power and has won four of his last five fights by knockout.

Meanwhile, Fonseca arrived in Russia earlier this week and is looking to surprise everyone. The 28-year-old Nicaraguan has experience against good opponents such as Joseph Diaz and John Joe Nevin. He has won his last two fights after the pandemic break by knockout and is in a good shape for this showdown.

On Thursday, the weigh-in ceremony will take place, in which both must weigh no more than 135 pounds to be eligible for the belt. Andreev has won 24 fights in his career, 17 of them by KO. Fonseca has a record of 29 wins, 5 losses, 1 draw, and 20 KOs.

Karim Arce faces David ‘General’ Cuéllar this Saturday June 12 Zach Parker: They wouldn’t be able to live with the power