Round 12 with Mauricio Sulaimán 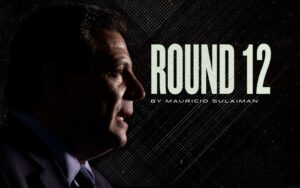 Since its inception in 1963, the WBC has made every effort available to find ways and tools to improve all aspects of boxing and make it a safer sport for all participants. The WBC has broken previously accepted boxing paradigms to make changes with the sole intention of improving the sport. In the process, the WBC has overcome many challenges; each of them in order to benefit boxers before, during and after their glory days in the ring.

The WBC introduced the concept and the Boxer Franchise Rule a couple of years ago. The franchise boxer is a special designation and privileged status that the WBC can bestow on a current WBC world champion, who is also considered an elite boxer, and who has achieved and maintains the highest status in the sport. Under the governing Rule 3.26, at its discretion, the WBC may, with a 2/3 vote of the Governing Board, designate a WBC Franchise Boxer in each weight category. A franchise boxer enjoys a special status with respect to his mandatory responsibilities, owns multiple titles and competes for titles from other organizations; as the WBC Governing Board considers petitions from elite boxers for franchise boxer designation on a case-by-case basis.

Initially, the WBC established that Franchise Boxer privileges were granted and were not won or lost as a result of a fight. As an important factor, the WBC has modified its Franchise Boxers Rule to reflect the realities of our sport, which is constantly evolving. Just like the NFL, for example, it continually adjusts its parameters and introduces innovations, such as adding a game to the league schedule; the WBC continues to modify its Franchise Boxer Rule, with the intention of making it better fit the purposes and objectives of the Rule.

A significant adjustment to the Rule occurred when Teofimo López, applied to become a Franchise Boxer if he defeated Vasyl Lomachenko. Teofimo achieved the victory and the World Boxing Council conferred the deserved designation of Franchise Boxer in the WBC Lightweight Division.

3.26 Franchise Boxer. The franchise boxer is a special designation and privileged status that the WBC can bestow on a current WBC world champion, who is also an elite boxer, and who has achieved and maintains the highest status in the sport. At its discretion, the WBC may, with a 2/3 vote of the Governing Board, appoint a WBC Franchise Boxer.

A Franchise boxer will enjoy a special and privileged status with respect to his mandatory responsibilities, he can hold multiple titles and compete for titles of other organizations regardless of the weight category in which the fight takes place. The WBC Governing Board will consider petitions from elite boxers for franchise boxer designation on a case-by-case basis in its sole discretion.

A Franchise Boxer will enjoy the highest preferential position to compete for the World Championship in his division at any given time, upon written request to the WBC, regardless of whether the current World Champion has mandatory responsibilities.

The Franchise Boxer designation may only be used in relation to the boxer to whom the WBC specifically grants that designation.

The WBC will designate a franchise boxer as the WBC Champion Emeritus once he officially retires from boxing.

While enjoying the designation, a WBC franchise boxer will proudly represent the WBC in every fight as the reigning WBC champion, regardless of the specific conditions or titles associated with the fights in which they participate.

The WBC Franchise Boxer will participate in a minimum of two social responsibility events each year, organized by and in conjunction with the WBC.

At the request of an eligible boxer and approval of the WBC Governing Board by a vote of 2/3, the WBC may grant the designation of Franchise Boxer to the winner of a bout in which a then current Franchise Boxer participates.

In the wake of the recent incredible best of the year candidate fight between Juan Francisco Estrada and Román González, the boxing world immediately clamoured for their third fight. With a mandatory challenger in the division, who had already stepped aside to allow the Estrada v. González II, the WBC contacted all the teams of the boxers involved and issued a ruling that satisfied everyone. The WBC decision included the creation of a WBC Super Fly tournament; ordering the following:

– Designation of Estrada as a Franchise Boxer and Estrada v. González III.

– The winner of each match will fight each other to determine the only WBC king in the super flyweight division.

Until today, there have been 10 fights involving those 4 fighters; all of them considered in the highest part of boxing.