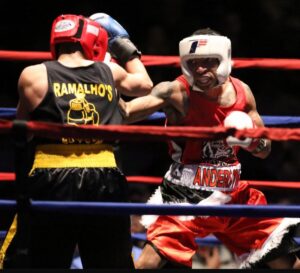 BOSTON (December 7, 2020) – Ryan Roach’s Fighter Locker has signed Boston featherweight Troy Anderson, Jr. to an exclusive managerial contract.
Anderson, a union Sheetmetal worker in local 17, was a decorated amateur who won a gold medal at the 2016 Rocky Marciano Tournament, as well as The New England’s Tournament twice in 2018-2019, and won Central Division of the New England Golden Gloves Tournament twice and runner-up twice during his four-year (2016-2019) run. He also competed in three national tournaments.
Anderson, though, didn’t start boxing until he was 23, when he walked into a gym for the first time, 10 years after his two best friends introduced him to boxing. “I started in boxing because I hoped to succeed and reach my goals through boxing,” Anderson explained. “I train at Nonantum Boxing Club in Newton (MA), where Marc Gargaro is my coach. He’s one of the best in New England. He coaches for USA Boxing. I wouldn’t be in this business without him because he’s built me from scratch. I’m so glad to be coached by him and we’ve developed a bond like family.” 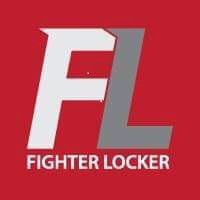 At the age of 28, Anderson has decided to turn pro, which, of course, is relatively late in boxing. But he still feels 21 because of the way he moves and that he wasn’t on the wrong end of beatings in the amateurs. He’s also gained confidence sparring with some of New England’s top pros and amateurs.
“I put a lot of hard work in the gym the past 5 or 6 years and I got tired of the amateurs,” Anderson explained why he decided to turn pro now. “It’s not too late for me; others have started late like me and went on to become world champion. I want to be in that group.
“I thank Ryan Roach for giving me this opportunity to join Fighter Locker. He’s honest and I was comfortable with him. I like him and know he’s going to keep an eye on me. Why not sign with a Boston manager to help put boxing here back on the map?”
“I’m excited about signing Troy Anderson, Jr.” Roach said. “I’ve been watching him for years and he’s developed well under Marc. Troy has fought the best in the country. He’s a very well-rounded fighter. I’m excited about adding him to the stable. He’s a BOSTON fighter and a great young man. It’s a win-win for us.” 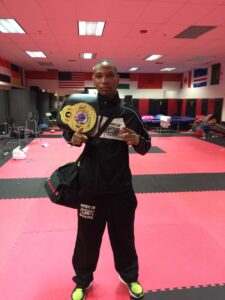