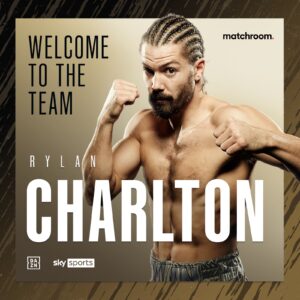 Charlton sent Laws crashing to the canvas three times as he inflicted a brutal first loss on the 26-year-old; hurting him with a sickening body shot in the earliest exchange and then flooring him with a big left hook in the opening round.

Laws never recovered – Charlton did major damage with the second knock-down then landed a massive uppercut which ended the fight in explosive fashion, sealing an impressive win on his first-ever TV appearance.

The Norwich native is willing to take on anyone at 147lbs and has already set his sights on the ‘Albanian King’ Florian Marku, with his new Matchroom stablemate also expressing a desire to meet in 2021.