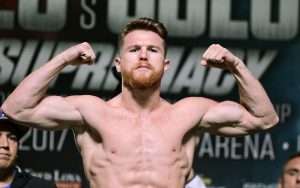 Looks like another ‘easy’ contest for Saul ‘Canelo’ Alvarez as the WBC have ordered him to face Chris Eubank Jr. victim Avni Yildirim. No disrespect to Yildirim (21-2, 12 KO’s) as it takes guts for any man (or woman) to step into the ring but, and isn’t there always a but, Canelo is elite and Yildirim is not that for sure.

The vacant belt, stripped from David Benavidez at the weekend for failing to make weight is easy pickings as such for Canelo.

Whilst I admire Canelo and his achievements, the fights that seem to be in-between anything that is considered a fair match-up seems to always be handpicked or picked with some form of disadvantage attached to the contract of the fighter in the opposite corner. A great example is former light heavyweight champion Sergey Kovalev who faced Canelo on 2/11/19 having fought prior on the 24/08/19 (just 10 weeks after a grueling fight in which Kovalev nearly lost to Anthony Yarde).