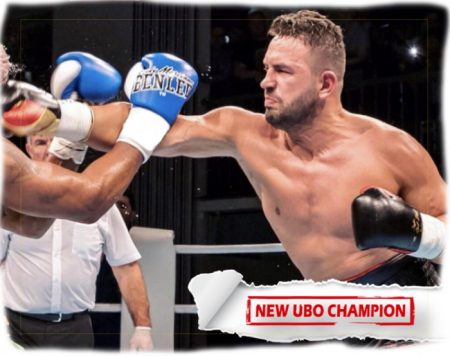 Albanian-born Seferi took on late substitute Roman Kracik from the Czech Republic, who stepped in when original co-challenger Christian Hiller fell ill and was looking to produce a “Rocky moment”.

The change of opponent didn’t prevent the enthusiastic fans from chanting the adopted home-town hero to victory, as Seferi proved too sharp for the visitor.

After a slow first round, the action picked up significantly in round two as the fighters decided to slug it out at close quarters.

Seferi was clearly the quicker man, and landed the better shots, but Kracik had his own share of success and made Seferi be somewhat cautious of his power.

But it was Seferi who finished the second looking in charge, and he came out fast for round three and scored two knock-downs to end the fight.

It had been a long wait for Seferi, who was set to fight for the title in 2020 but was prevented from doing so due to Covid restrictions.

Headlining a card billed as “The Return”, Seferi vs. Kracik was promoted by KnockOutBoxing.