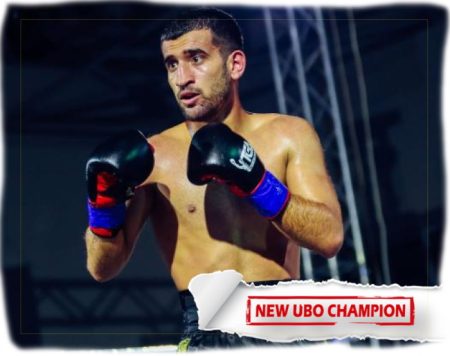 Seymur Isayev from Azerbaijan is the new Universal Boxing Organization™ (UBO) World Lightweight Champion, after winning the vacant title on Saturday might, September 24, at the Shagan Olympic Sport Complex Stadium in Baku.

Isayev, nicknamed “Grey Wolf”, defeated more experience co-challenger Muhammad Bilal from Pakistan, who was forced to retire before the sixth round due to a serious cut over his right eye.

Before that it had been a good and competitive fight, but Isayev, had gained the upper hand and scored a knock-down in round three when he floored Bilal with a left hand.

It was a great performance by the new world champion, who rose to the occasion and lived up to the high expectations of his team, only fifteen months into his pro campaign.

The fight headlined a show promoted by TGA Promotion & Management in association with MCM Promotion.

Morrison, Duran Jr, Castillo Jr, Cunningham Jr. on FITE October. 22 Mayweather favourite against McGregor but not as much as 2017