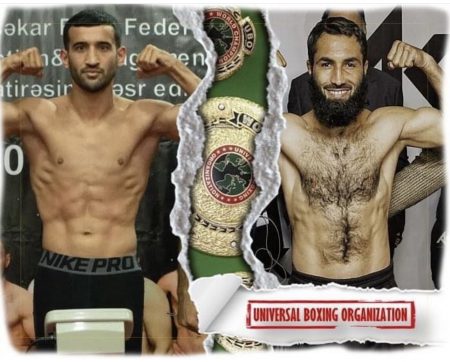 Banger in Baku: Isayev vs. Bilal For UBO World Title

In one of the most significant fights held in Azerbaijan in recent years, undefeated local star Seymur Isayev will take on Muhammad Bilal from Pakistan for the vacant Universal Boxing Organization™ (UBO) World Lightweight title on September 24 in Baku. Two talented young men with power in both hands, and on paper it shapes up to be an exciting encounter which can go either way.

24-year-old Isayev (8-0, 6 KOs) is being fast-tracked, after only turning professional in June of 2021. He is held in such high esteem, that his handlers are confident he can handle the big step up in competition presented by Bilal (26).

Muhammad Bilal (12-2-1, 10 KOs)) had his first paid outing in 2017, and won the Pakistani national title already in his third fight. He has twice challenged for WBC regional belts, but was unlucky with a technical draw in Indonesia against Geissler AP in 2019, and a last round defeat in Dubai to Sachin Dekwal last March. He has since rebounded with a victory on home soil. The Isayev vs. Bilal UBO World Lightweight title fight will be promoted by TGA Promotion & Management.